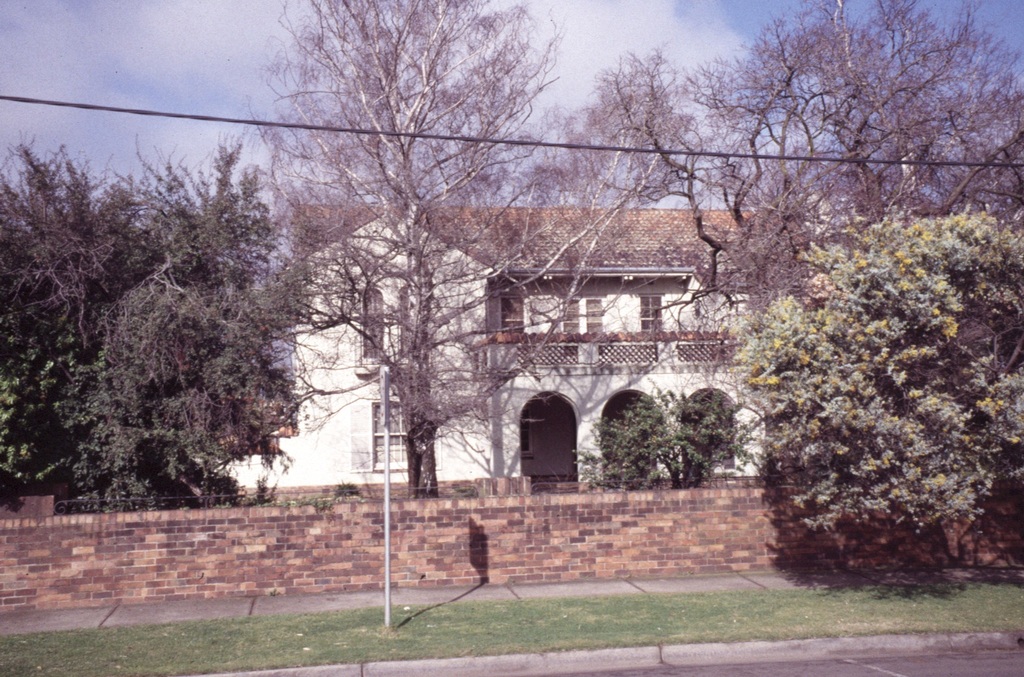 Muswell is a large two storey Spanish Mission style residence, located at the entry to Werribee township.  The property appears to retain a complete ensemble of elements – house, garden walls, fence, garage, garden design and plantings – which together reinforce the overall character of the property.

Muswell is the outstanding example of the Spanish Mission style identified in the Werribee, and would be one of the few examples within the western metropolitan region.  The design expresses the key characteristics of the style.  The use of the round-headed arch, at Muswell used on main windows and as an arcaded loggia entrance; the combination of the roughcast, rendered walls and Cordova tiled roof; window shutters; and the pale surface colours.

Muswell was built in the late 1930s for Claude S. Creed, a local farmer.  In August 1943 Dr Charles H. Prouse, a local physician, became the new owner.  Dr Prouse had lived previously in Cherry Street in a house owned in the early 1930s by Dr Richard Manley.

Muswell was most probably architect designed and is in the Spanish Mission style, popular in a number of Melbourne’s suburbs during the inter-war period.  This style “was derived from the American South West coast and to a lesser extent Spain and the Mediterranean”.  Special features of a Spanish Mission residence include a Cordova tiled roof, arcaded loggia or porch, balcony, arched windows and window shutters are all found in Muswell.  The residence retains its original double garage and garden plantings and design typical of the period.