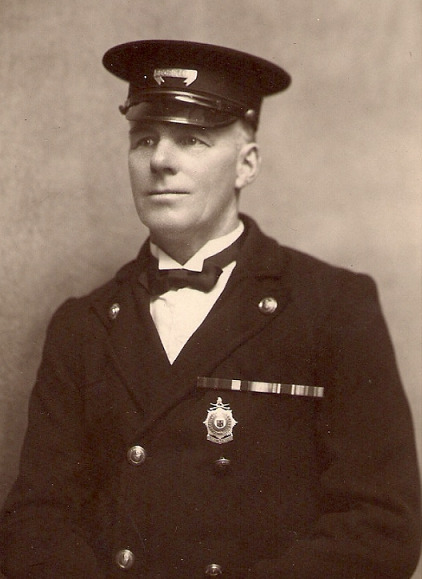 Perhaps an adventurer at heart, he fought in the Boer War with his younger brother and eventual Victoria Cross winner James Ernest Newland.

William Newland served with the Scottish Horse cavalry regiment – a regiment of volunteers raised in Melbourne by the Marquis of Tullabardine with the aid of the local Caledonian Society.

Those wishing to enlist had to pay their own way to attend interviews, the various skill tests and medicals. No payment was received until the troops arrived in South Africa.

However, free passage was provided aboard the RMS Orient which departed Melbourne on 15 February 1901.

In an article that appeared in The Argus, 21 May 1901, the Marquis of Tullabardine writing from Middleburg in the Transvaal said of his 250 or so Victorian volunteers: "The Australians are the best set of cavalry I have seen out here yet".

This, of course, established a tradition followed by the various Light Horse Regiments that served in World War One.

31696 Trooper William Andrew Newland, 2nd Scottish Horse, was discharged from service at Edinburgh Castle, Scotland in September 1901.  He would have seen action in the Eastern Transvaal in major clashes with the Boers at Roodekrantz and Eland’s Hoek.

At war’s end in 1902, William and James Newland were awarded the South Africa Medal, with William receiving three clasps.

It is not known when William and James returned to Australia, but by the time WWI broke out in August 1914, William Newland was working as a mechanical engineer in Yarram in Gippsland.  He was 34 years old and was married with two children – wife, Elizabeth Grace Newland and a young son and daughter.

War Service
He enlisted in the AIF barely 11 days after war was declared on 19 August 1914.

Ironically, he never had the chance to serve as a cavalryman in combat again.

Sergeant Newland landed at Gallipoli on May 21 1915 where he and the Regiment fought as dismounted infantry.  He received a gunshot wound to the chest at Walker’s Ridge on 26 May 1915 that was sufficiently severe for him to be repatriated to Australia.

He was discharged from the army in December 1915.

For a photograph of William Andrew Newland, with the Governor of Victoria, on his return to Melbourne in 1915 click here.

Notes
Four Newland brothers served during World War One.
Captain James Ernest Newland, who had served with William in the Boer War, was awarded the Victoria Cross in April 1917 – the highest military decoration in the British Empire for valour in the face of the enemy.  Even today, it still takes precedence over all other orders, decorations or medals.

A second brother, 2nd Lieutenant Alfred Lindsay Newland, who had joined the 22nd Infantry Battalion and then transferred to the 6th Machine Gun Company, was killed in the Somme by enemy shellfire in November 1916.  He had received his officer’s commission in the field just the previous month.

Lieutenant Herbert Leslie Newland rose from the ranks serving with various field artillery units.  He, like his brothers William and James, survived the war.

Perhaps emphasising the closeness of the two brothers who had served together during the Boer War and World War One, both William and James died in 1949.