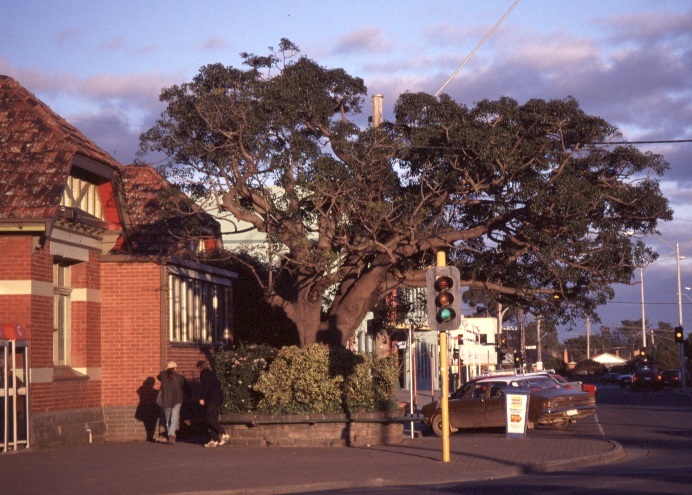 Remnants of an Avenue of Honor remain on Duncans Road, running south from Watton Street.  No trees remain; the original number is not known.  A specimen that was nearest the former Shire Hall was quite  wide-spreading, whilst others had been pruned differently.

During the last years of the First World War and the first years after, a number of memorials were established in the Werribee district to honour local men who had died in the war.

On 7 August 1918, the opening ceremony of a Werribee Avenue of Honor was held at which sugar gums were planted on either side of the Princes Highway.  Later on 14 June 1920, a granite Soldiers’ Permanent War Memorial was unveiled on the corner of Watton and Station Streets.

The kurrajong trees along Duncans Road are said to have been planted as an Avenue of Honor after the First World War.  (This location has been the subject of much discussion and conjecture).  They are located appropriately in what became a prosperous market garden area associated with soldier settlement.