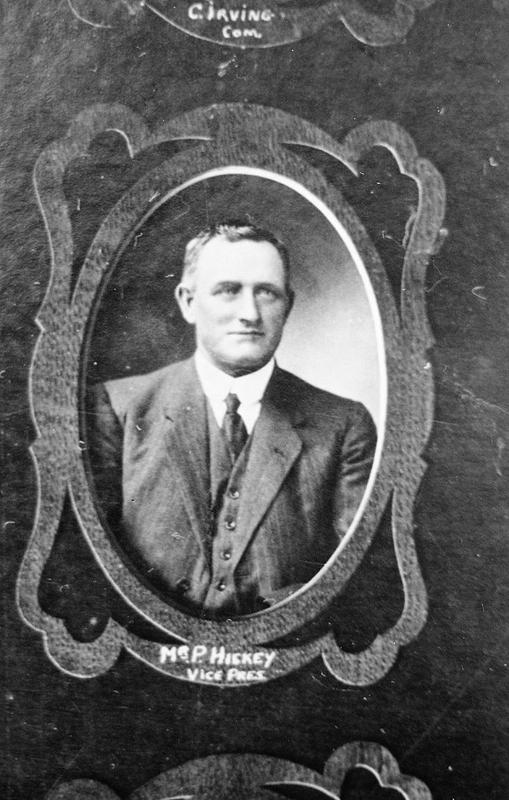 Patrick Joseph Hickey was born in Timor West, near Maryborough, and came to Werribee as a young man to take up farming.  A popular man, he was remembered for his sporting prowess.  Patrick was a noted Fitzroy footballer.  He debuted in 1897 and was named best player of the year in 1899.  He was a ‘wonderful half-back’ and despite his 180cm height and 90 kilo weight he made the three yard (2.7 metre) dash ‘like a shot’.

Patrick and his wife Helen lived on Metro Farm Road. They had six children, Martin, Donald, Patrick, John, Peter and Mary.  Great tragedy struck in 1935 when Helen was struck and killed by the Melbourne to Geelong train on her way to church.

Patrick died at his home on 4 February 1946, and is buried at the Werribee cemetery.