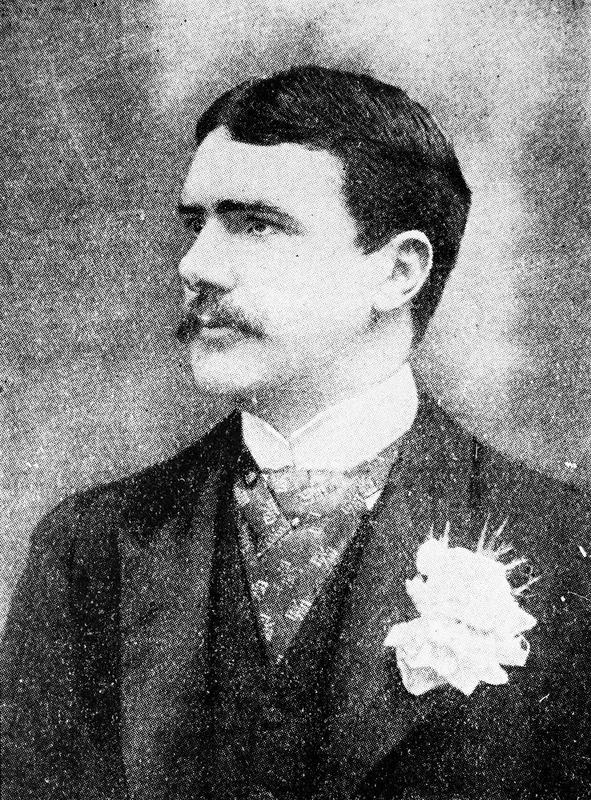 George Thomas Chirnside was born at the Chirnside home-station Caranballac, near Skipton, west of Ballarat in 1863.

George was an avid sportsman. As trustee of the Melbourne Hunt Club, he signed the 1884 lease of land from W.T.C. Clarke at Mt. Derrimut, and the Chirnsides supplied red deer bred for the sport at Point Cook for the Club’s new park.

When the game of polo was first introduced to Victoria the Chirnside boys took to it with relish. Teams in the Chirnside colors were known as the light blues’. Polo courses were constructed on all the Chirnside properties.

Werribee Park also fielded its own cricket team, with both George and Percy at the stumps playing against other teams from across Wyndham. Luncheon was always provided by the homestead. Both George and Percy were also excellent marksmen and excelled at another sport championed at Werribee — pigeon-shooting.

On their father’s death George and Percy inherited Werribee Park. George, being the elder brother kept the Mansion and Percy took a portion of the estate named ‘Lollipop Ponds’. Here Percy built the grand home he named ‘The Manor’. However, this was not without causing some disagreement between the brothers— while George kept the established estate Percy had to make do with what he considered to be some ‘stony land above the railroad’. George had even taken out a court order to prevent Percy using the name Werribee when he built his new home.

George married Annie Ida Watson at Christ Church, South Yarra on 21 November 1888. Percy was best man and Andrew Spence a groomsman.  The couple honeymooned in England. The couple had three children but only one, the second-born, a daughter named Audrey, survived beyond her first years. Audrey tried to be the son and heir that her father would have wished for accompanying him on his daily round and participating alongside in field sports.

Annie Chirnside was an elegant, socialite who found life at Point Cook, where they were living, far too isolated and quiet, She longed for a town house. It was not until George’s father had died that she got her wish. They first leased Como in South Yarra, where their first child Andrew was born. He had died within the year.

In 1894 Audrey was born at Mont Alto in Orrong Road, a centre for Annie’s whirlwind of social events. An invitation to her 'at homes' was highly prized.  Next, they leased Illawara in Toorak, before they purchased their own permanent address at Airlie in Domain Road, South Yarra into which they moved after the premature death of the third child, a second daughter named Blanche. She died at nine months.

George did not neglect his duties to Werribee Park. Even though his social life was in South Yarra, his working life was still in Werribee and Point Cook.  He established an experimental farm; imported the first Tamworth pigs into Australia and Red Poll bulls to breed with his Herefords believing that the cross would appeal to butchers.

He bred from three different types of pigs in an attempt to get the best cross-breed for producing bacon.

Before his marriage to Annie he had begun to breed Jersey cattle and found that they were giving excellent milk suitable for butter production. He enlarged his butter factory and brought in the latest machinery from overseas. He also was one of the first to use a steam plough and in 1903 imported an elevator that could stack sheaves of hay up thirty-five feet and complete a weeks work, in building a stack, in half the time.

By the end of the nineteenth century, George had opened up 10,000 acres of the estate for tenant farming, built houses for the tenants, erected windmills and water-tanks on each with some connected to the river by pipes where eighteen-foot windmills pumped water to irrigate their fields.

George did not live at the Mansion. When in Werribee he stayed at Point Cook, the rest of his time was spent in South Yarra.  It was more than a decade after his mother who had been living virtually alone in the big house, had died in 1908, that he finally decided to part with the old home.

Over the years George Chirnside had gradually divested himself of his inheritance in Werribee Park, selling off 20,000 acres in 1906 suitable for the closer settlement of smaller farms, and a further 1,167 acres in 1912 to the government for the establishment of the Agricultural Research Farm.  A lot of the original Werribee Park Estate had also been subdivided for housing.

In 1921, George relocated to Mooroolbark Park, near Lilydale. He moved, not only his family, but also his stud herds and all the furniture from Werribee Park. It was at Mooroolbark that he built one of the finest herds of Jersey cattle in the country, and a fine reputation as a cattleman for his Werribee Stud cattle.

When he sold up in 1926 several records for stock sold at auction were realized.

When George died in Mooroolbark, aged seventy-six, the newspapers noted that apart from the excellence of his Jersey breeding, he had few interests except for fishing, adding that he went annually to New Zealand for the trout season.

Ronald. Heather B, Wool past the winning post : a history of the Chirnside family, Landvale Enterprises, South Yarra, Victoria, 1978.