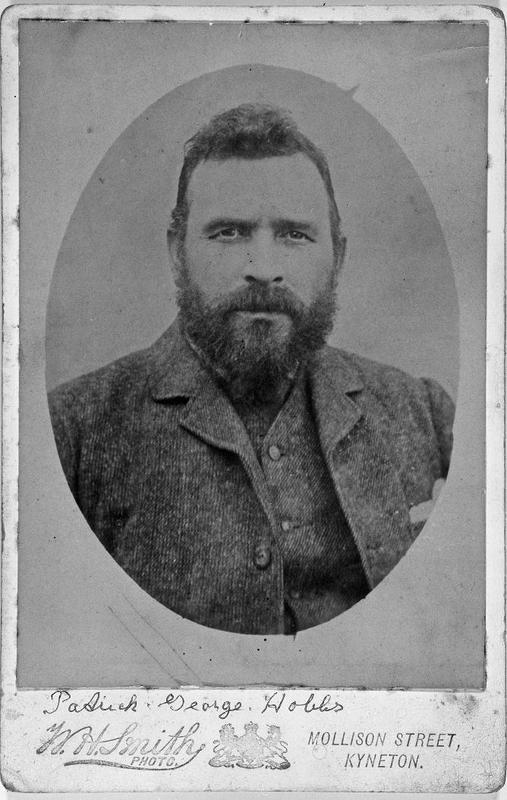 Patrick George Hobbs was born in Saltwater Cove, Footscray in 1848 and spent most of his early life in the Werribee district. He married Catherine Ashby in 1870 and together they had nine children, Joseph, Harold, Patrick, Ellen, Thomas, Catherine, Hilda, Frederick and Hannah.

Patrick became Werribee Shire President in 1888, at the time when irrigation was being considered for the district. He owned farms in both Rockbank and Kyneton.

Patrick suffered financial difficulties in later years. He sold his farm in Kyneton in 1902, but was convicted of income tax fraud in 1903. He became insolvent in 1907 as a result of sale of his stock by a judgement creditor under process of execution, pressure of creditors and having to pay high rates of interest on borrowed money.

He died at his home at 251 Nicholson Street, Footscray on the 12th February, 1923. He was survived by his wife Catherine and grown-up family.