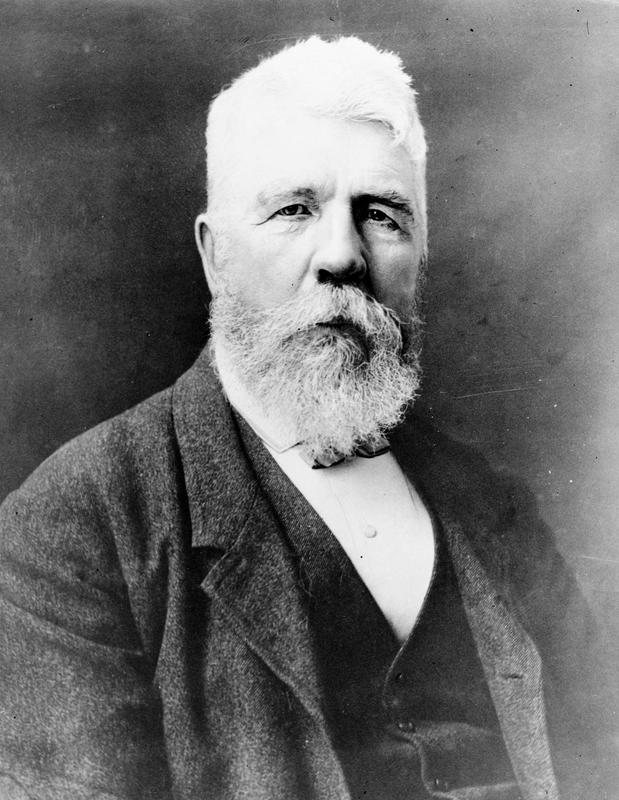 Known as a highly principled and cautious man, George Christian Darbyshire was a native of Derbyshire, England. He emigrated to Victoria in 1853, and resided with his wife Maria at The Grange, on land near the Werribee River (where The Manor was later built).  They had a wonderful orchard and Mrs Darbyshire sometimes took baskets of fruit to the school.

Mr. Darbyshire was a councillor of Wyndham Shire for seven years and was President from 1867-1870, and 1880-1881. He was a trustee of the Mechanics Institute and a local magistrate. Mr Darbyshire was held in high esteem by the councillors and rate payers of the Shire generally. A dinner given when he resigned from Council his position was quoted as being the best turn-out ever seen in the district.

A railway man from his teens, Mr Darbyshire began his professional life under Robert Stephenson, son of the famed locomotive builder, George Stephenson. Soon after arriving in Victoria he was appointed as a district surveyor in the Lands Department. He was later appointed Engineer-in-Chief of the Railway Department, and supervised the construction of the Bendigo and Ballarat lines.

Although he was known as cautious man his career was not without controversy. His name appeared in the list of “political" dismissals from the Railways Department on what became known as Black Wednesday. He was re-engaged when railway construction was resumed on a large scale in 1884. In 1891 Mr Darbyshire was accused of a 'gross engineering blunder' when the Dog Trap Gully railway embankment near Bacchus Marsh was washed away by floods.

Mr. Darbyshire spent his last years in Hawthorn where he died from English cholera on 5 June 1898.  A large number of railway officials and friends journeyed to Werribee to attend his funeral, his remains having been brought to Werribee on the mid-day train. A hearse, mourning coach, and waggonette came down by road to cemetery where he was buried next to his wife.