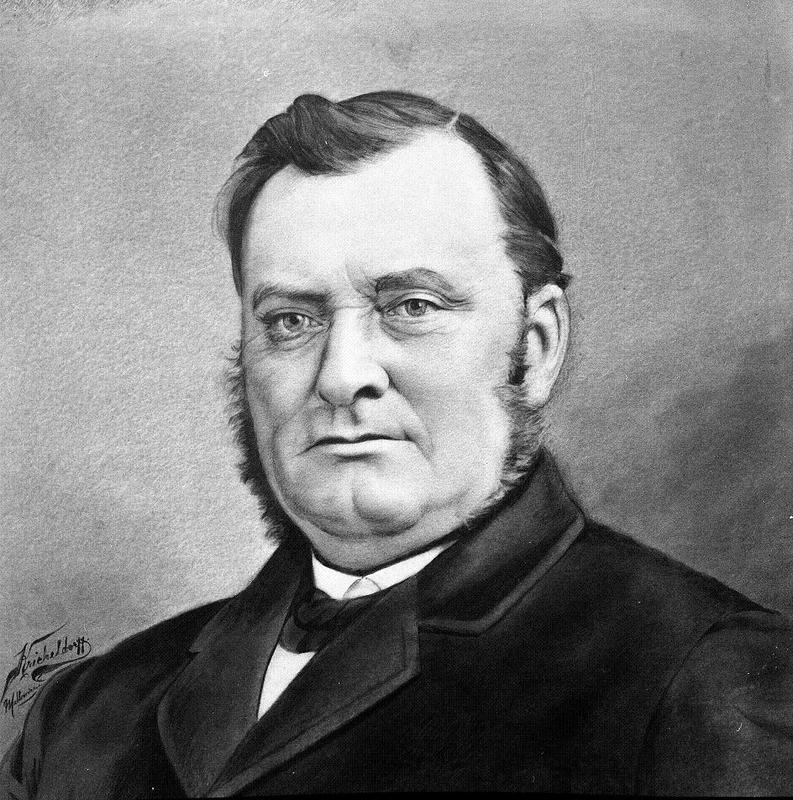 William Leake came to Victoria from Lincolnshire, England in 1852 with his brothers Alfred and Jonathan. They settled in Wyndham in 1854, around the same time as the Chirnsides.

William purchased 182 acres of land abutting Skeleton Creek in Truganina from W.D. Atkinson.  At that time all the country round for miles was one vast sheep and cattle run, with a few huts on it.  Cultivation had not been tried on the Creek, and very little on the Werribee River.  Some said it would be a failure, and there were many challenges but William proved to be an astute businessman and successful farmer, becoming one of the largest cultivators in the district.

Together with his brother Alfred, William ended up controlling over 3,400 acres (half of which was rented from G.T. Chirnside).  In 1878 a land tax classification lists Messrs. Leake of Wyndham, as having 1,554 acres, second class.  William was the senior partner with a 2/3 share.  The Leake farms produced wheat, oats, and hay, equal if not superior to any grown elsewhere.  Skeleton Creek hay had the best reputation in the Melbourne market, and was also prized in India.  Much of the hay was pressed, and up to 24 tonnes per week were shipped to India.

William bred rabbits on his property in order to provide shooting entertainment for Indian horse-dealers and hay buyers.  Ploughing was done by a single furrow plough drawn by bullocks.  One year they had 14 bullocks in use, eight of them hired at £1 per acre.  The brothers milked 130 cows, producing about 200 gallons of milk per day.  The cows were milked in a large bluestone dairy.  It had a large built-in vat for cheese making, and the brothers even exported some cheese and butter.  They entered a sample of their cheese in an international exhibition and received a prize and a gold medal.  (The dairy was still standing until it was badly damaged in the 1969 bushfires.  There was some controversy in December 2011 when developers demolished the heritage listed ruins).

William was a member of the first Wyndham Road Board in 1862, and filled the position of a Councillor for many years.  He was Shire President from 1865-1866.  He was also a member of the first Cemetery Trust formed in 1865.  William’s wife Rebecca, a quiet, intelligent and neighbourly woman died from diphtheria aged 28.  William was known as a man of great generosity, energy and spirit.  He died on 3 October 1879 after being ill for only two days, and is buried at the Truganina Cemetery.