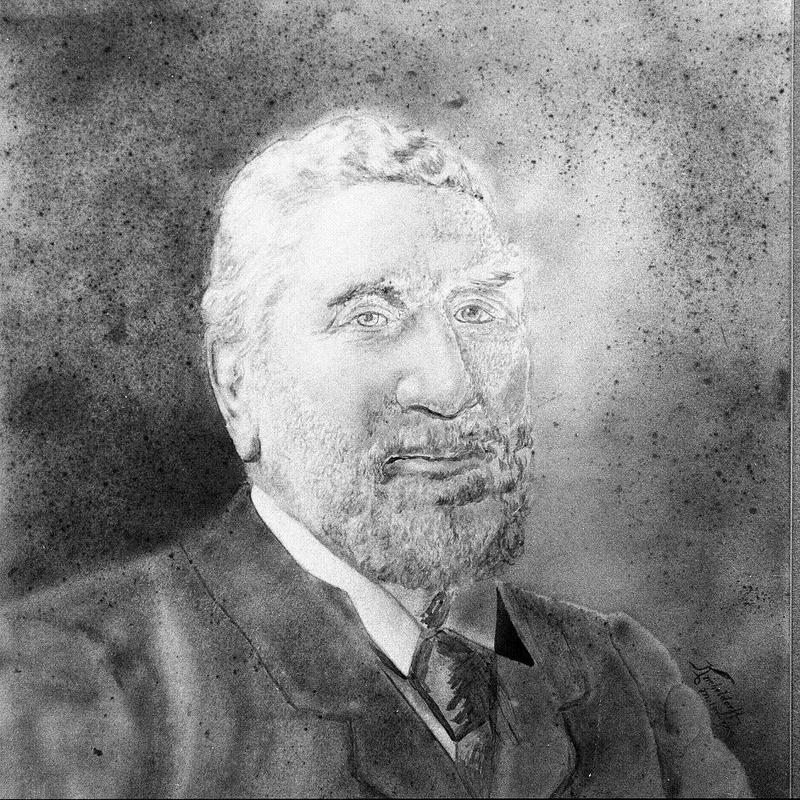 Robert Cherry was a pioneer of the Wyndham District.  His father William Cherry and mother Jane (nee Cummins) immigrated to Australia from Ireland via Scotland sailing on the Marquis of Bute. They arrived on 30 November 1841 bringing with them their four children James, Robert, Sarah Jane and Eliza.  Another brother William was born in 1846.  The family became well known in the district and Cherry Lake in Altona is named after them.

Although there is conflicting evidence, it seems that Robert was around three years old when he came to Australia as the epitaph on his grave in the Melbourne General Cemetery states he was 72 when he died 1910.  He spent most of his life on the Seaford Estate, and his gaze always turned to the old homestead as he passed it on his journeys to and from Werribee Council.  Robert was Shire President  from 1881 to 1882 and, 1896 to 1897.

Robert and his wife Eliza had three children, two girls and a boy.  Only their eldest daughter survived.  Arthur Gamble died aged eight months in 1879, and Amy Eliza died aged four years and four months in 1885.

Robert was a big-framed man.  He was a Justice of the Peace and was widely known as the "Chief Justice," because he took such delight in magisterial work, frequently assisting the police in the cells, at court, or as a witness at hangings.

Seaford Estate was a large property.  Members of the Altona Laverton Historical Society believe the Seaford Estate homestead stood on an area of land bordered by Millers Road, Kororoit Creek Road and Kororoit Creek.  When the estate was leased by auction in 1887 it contained 1,102 acres.  Indian horse buyers were the successful tenderers.

In 1893, Mr Elias and four other miners of Williamstown leased 300 acres of for coal mining on the estate.  The quality of coal was considered good enough for working iron ore, and as there was a large quantity of iron ore near Bacchus Marsh it is thought the ore could be brought by train and manufactured near the coal pit on the Seaford Estate property.  The Estate made the papers in 1878 when one hot Sunday sixteen snakes, the largest measuring 5ft. 6in., were found and destroyed there.

Robert spent his later years in Seaford House in Auburn Road, Hawthorn.  Robert’s wife Eliza died there in 1899.  When he died in 1910, Robert Cherry was considered a wealthy gentleman.  He was survived by his daughter.  He left a will dated 14 April 1910, realty of the value of £11,650 and personally £2,110 to his eldest daughter.