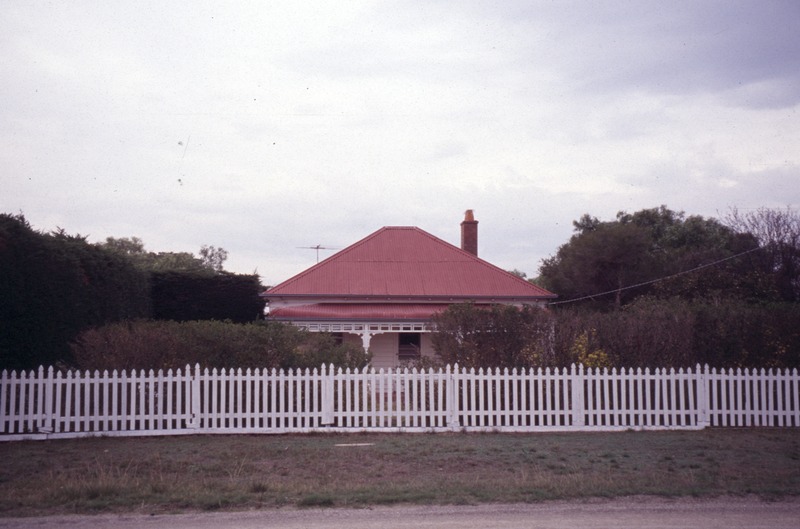 The Shaw family home is a timber house, symmetrical in form but with detailing reflecting of the Edwardian period in which it was built. The house is sheltered by a tall cypress hedge.

The Shaw farming family, originally from Werribee, settled at Little River almost a century age on a property of 42 acres on Edgars Road. Werribee Shire records confirm that William and Michael Shaw, farmers, ran this property in Crown Allotment 7A, Parish of Bulban from1908.

According to Frank Shaw, William's son, the house his parents built at Little River 'started off with three rooms, and as the family grew larger, more rooms were added and there was more demand on the weatherboard toilet in the corner of the yard'.

At this time Little River was one of the biggest growers of farm produce between Melbourne and Geelong. The two main crops were oaten hay and barley. The stacks of oaten hay were eventually cut into chaff and 'sent off to Melbourne to help feed the thousands of horses that were the main transport in the city'.

Later in 1920, two new rooms were added to the Shaw house by George Bates Snr, the local carpenter. In later years a couple more additions were made, the old back door then becoming central to the house. Frank Shaw tells of the growing family that, 'After a large new kitchen was added, a big table was put in to accomodate us all'. A photograph in Frank's history of Little River shows the Shaw family with his parents and seven children, one of the eight being absent. The family included five boys - Gerald, Jack, Vin, Joe and Frank and their sisters Freda and Ethel. All attended the Little River School and later, Jack and Vin were members of the Little River Football Club which won the Werribee District Centernary Premiership in 1934.

William Shaw, J.P. played an active role within the municipality and was a councillor for the South Riding in Werribee Shire Council from 1910 until 1956. On New Year's Day 1957 he was awarded an MBE in the Queen's honour list of his long service to public life.