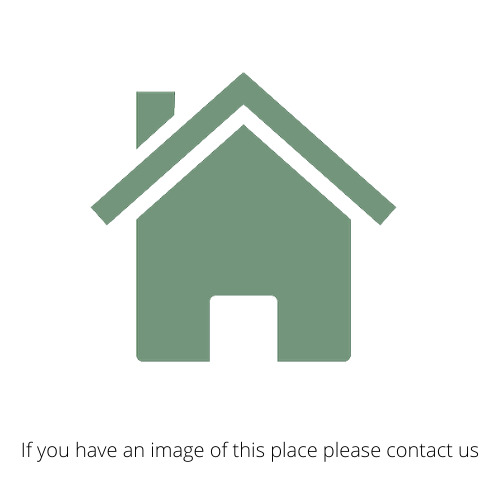 The area known as Hangar Paddock – bounded by Princes Highway, New Farm Road and Metropolitan Farm Road – contains a number of features associated with the development of the RAAF/USAAF or Werribee Satellite Airfield during the Second World War.  A detailed archaeological survey of the area by Fiona Weaver in1993 revealed that the area contained five hangars, a former workshop (now called the ‘sheep hangar’), slab  foundations of the former administration building, accommodation huts and a workshop immediately east of Hangar 1.

The hangars are timber framed structures. The design uses a trussed timber construction.

Australia’s involvement in both the First and Second World Wars resulted in many changes within the municipality.  A major response to these events was the acquisition by the Government of large tracts of land for defence purposes, particularly relating to the establishment of air force bases.

Point Cook air force base was established in August 1914 with the induction of the first cadets of the Central Flying School.  This was ‘the only military establishment in Australia to provide pilot training during the World War’.  In 1919 the Australian Flying Corps was disbanded.  However the Flying School continued to operate at Point Cook under the control of the Australian Military Force.  As the need for aerial defence became apparent, the Commonwealth Government established an Australian Air Force in March 1921.  Point Cook became the first station to be established for the new Air Force.  It then comprised Station Headquarters, the No.1 Flying Training School and No. 1 Aircraft Depot.

In June 1930 the Commonwealth Government began negotiations with the Metropolitan Farm (knows previously as the MMBW Sewerage Farm) to acquire a portion of the farm for the RAAF ‘for aerodrome purposes’.  The squadrons of the RAAF were then based at Laverton and Point Cook (Victoria); Richmond (NSW); Brisbane (Qld) and Darwin (NT).  The aerodrome at Werribee would serve as a satellite to Point Cook and Laverton.

In February 1940, the MMBW approved of the scheme and on 9 July, the Commonwealth Government acquired the land under the National Security (General) Regulations.

Following America’s entry in the War in December 1941, there was an increased need for accommodation for the US allied forces.  To meet this need the Department of Defence acquired an additional 70 acres on the northern boundary of the aerodrome for the construction of aircraft hangars.

Between 1942 and 1943 five hangars were erected at Werribee by the Allied Works Council and the Civil Construction Corps under the supervision of the Director of Air Services.  Construction was undertaken by the US Army Air Force (USAAF).  It is said that, though far from the field of operations, the aerodrome at Werribee was an important element in the co-operation between Australian and US forces.

Built by the Geelong company, J. C. Taylor and Sons, the hangars were completed by March 1943.  A full set of the construction drawings is held by Melbourne Water.

The design used for the hangars, using a trussed timber construction, most probably originated in the United States where similar structures had been built using softwood and the relatively new TECO (Timber Engineering Company) timber connectors.  ‘The increased co-operation and influx of US personnel into Australian brought with it this timber technology.  The design was rapidly altered to use Australian hardwood as the normally imported softwoods were also in very short supply.’

It is thought that approximately 21 of the hangars, in two sizes, were erected in Australia during 1942 at Charleville and Townsville in Queensland, Tocumwal in New South Wales, Marylands in Western Australia and at Werribee.  The two sizes as designed and built ‘were a 96 feet span and a 130 feet span, both of varying lengths’.

A further hangar, H6, was planned for the site.  This was a 160’ x 122’ American steel prefabricated type.  However, it seems unlikely to have been constructed.  Drawings for an American 40’ x 80’ x 14’ warehouse for the USAAC by the Butler Manufacturing Company still exist.  It is thought ‘that this design was modified for the workshop building’.

In August 1945, following the signing of the armistice with Japan, the USAAF vacated the aerodrome.  The lease to the Commonwealth Government was extended in June 1946 to alleviate congestion at Essendon aerodrome.  At the conclusion of the lease the Commonwealth retained 80 acres for the Department of Air for storage of ‘reserve motor transport’.

In December 1949 the MMBW offered to extend the permissive occupancy of Hangars 1, 2, and 4 to December 1951 if the Commonwealth agreed to sell the Board the 5 hangars and two workshops.  The RAAF vacated Hangar 1 in June 1952, Hangars 2 and 5 in August and Hangar 4 in November.  The MMBW then used the hangars and workshops for storage of equipment and supplies, the rest of the area being restored to pasture.

Although the only known examples of their type in Victoria, further research would be needed to determine whether any hangars of similar design were built elsewhere in Australia.