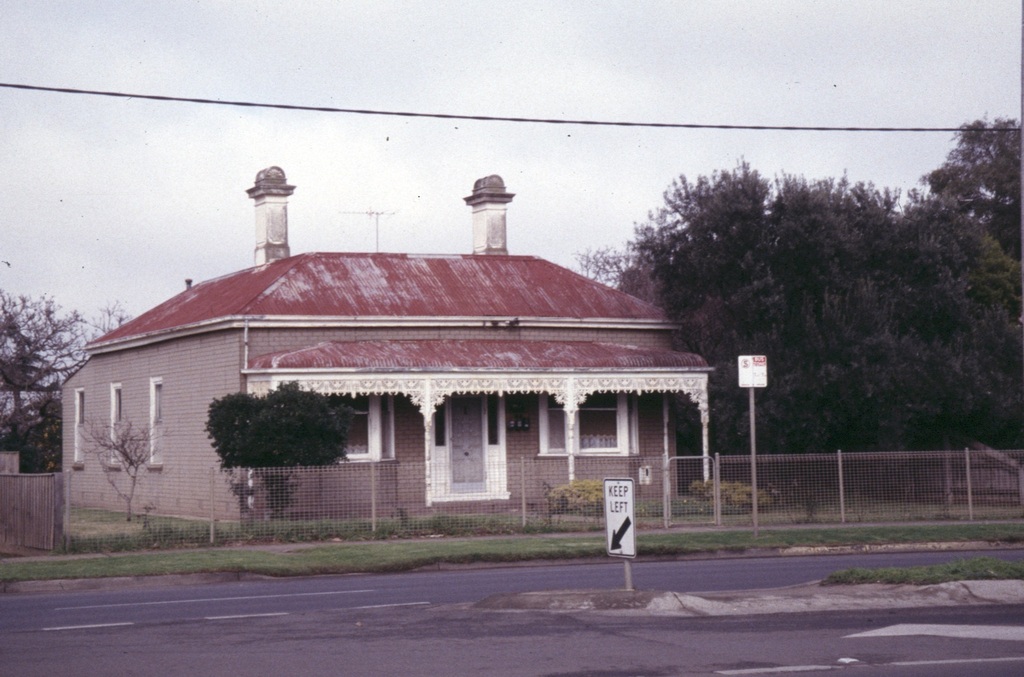 The site of this property (in Crown Allotment 25, Parish of Deutgam) was once part of five acres leased in the late 18790s by Philip Scarborough. Scarborough also owned the adjacent Crown Allotment 26.  Both allotments faced the Melbourne Road, now Synnot Street Extension.  Lands Department Records show that Scarborough did not live on his land or cultivate it, claiming it was “too hard for the plough”.

In 1880 the land in Crown Allotments 25 and 26 were transferred to Patrick Nolan, Shire Engineer.  This transfer was despite a complaint from Abraham Beamish, who said that he had a large family to support “dependent on my exertions”, while Nolan was “Engineer to the Shire of Wyndham, and in receipt of a salary upward of £400 per annum”.  Nolan did not live on his land, residing in the township, but the whole of the five acres in Allotment 25 was fenced and in 1883 “sown with oats for hay”.  There were no buildings or other improvements.  Nolan secured the Crown Grant in that year.

Five years later in 1888, there was a subdivision into numbers of small township allotments of part of Crown Allotments 25 and 26 in the P. J. Nolan estate.  Gladstone Place and Salisbury Street were created.  The future site of 19 Synnot Street became Lot 8A, fronting the Melbourne Road, opposite the “planted reserve” known now as Kelly Park.

A farm house built on 8A was associated at least from the turn of the century with Robert J. Brown, farmer.  In 1901-1902 it was rated as a house on half an acre.  The following year Brown was rated for a house and half an acre on sub-lot of Crown Allotment 25.  This dwelling was identified in 1906 as on two roods in Synnot Street.  Brown also owned a homestead on 465 acres on part of Crown Allotment 1B, valued in 1902-3 at £270.  This property was taken over by the Land Purchase Board in 1907.

A new owner of the Synnot Street house was rated in 1909. He was William C. Densley, auctioneer.  By the 1920s, Densley owned the dwelling on Lots 7 and 8A and land in Lots 9 and 11 in Salisbury Street.  Mrs Georgina Densley was the owner of the dwelling in Lot 8A in 1925, which was occupied in the early 1930s by Harry Densley.

The house has now been demolished and replaced by two storey office block.