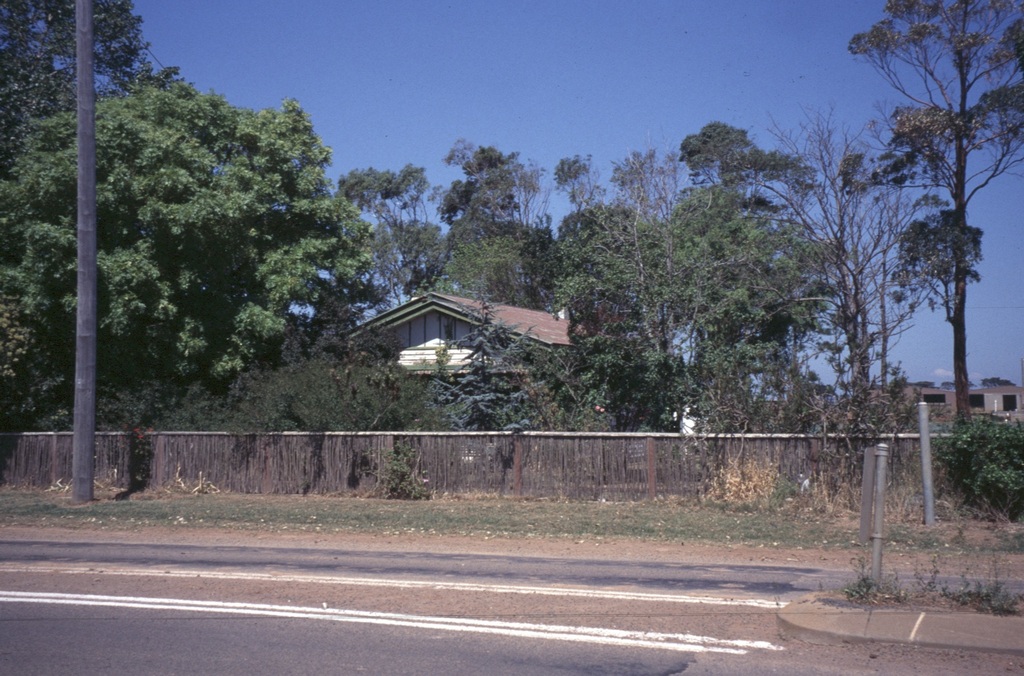 House and small cluster of farm buildings located near the south-east corner of Aviation Road and Duncans Road.

A house and small cluster of farm buildings, located near the south-east corner of Aviation Road and Duncans Road.  Well maintained weatherboard house and well established garden.  A driveway separates the house and garden from the farm and outbuildings.  These are constructed of fibro, concrete and corrugated iron.  Market gardens are located at the end of the driveway and behind the house and farm buildings.

This house was associated with Michael A. Galvin, Werribee Shire President and quarry owner.  In 1920-21, Galvin owned 80 acres of land on the north-east corner of Aviation and Duncan Roads (the site of Carramar).  It was located in Crown Allotment 15 of Section D in the Werribee Estate.

Following the subdivision of Allotment 15 into two 40 acre blocks, 15 and 15A, William Wall was rated for the northerly, corner block.  At this time a dwelling was listed on the allotment occupied by Wall.  Nothing is known of Wall or his relationship with Galvin.  However in 1931, the dwelling on its 40 acres was transferred back to M. A. Galvin.  Galvin was its owner still in 1933-34.

A few years later, following the death on 3 May 1938 of P.H. Lock, the owner of The Manor mansion, Galvin bought it and 100 acres of land.  Built as the home of Percy Chirnside in the 1890s, The Manor was sold in 1920 after Percy had subdivided and sold off much of the estate left to him by his father.

Lands Department records show that the Carramar property was owned in 1937 by T. C. Galvin.  This was one of the last dairy farms remaining in Werribee South.  The last tenant farmer was Mr Keith Collis.