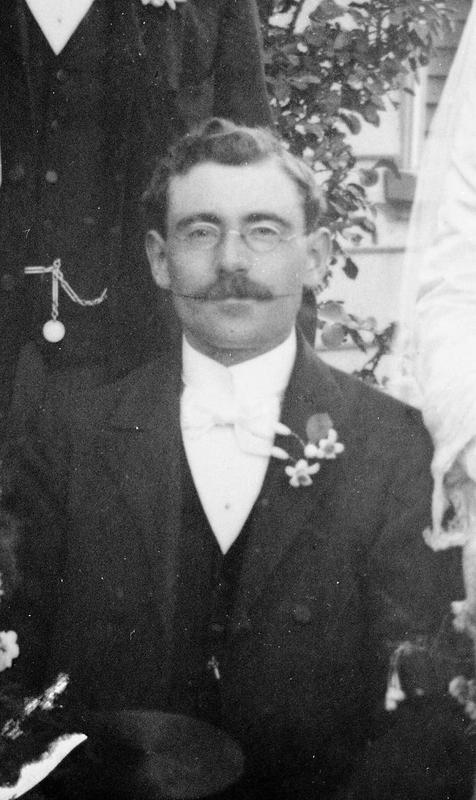 Percy Bayley was a dentist and pharmacist who came to Werribee from Ballarat. He passed his Chemistry Examinations in 1899. Percy and his wife, Esther Alice, had eight children, Myrtle, Percy, James, John, Lawrence, Mary, Yvonne, and Dorothea. His first daughter was born in Werribee in 1903.

In 1917, at the age of 38, Percy was selected by the Commonwealth authorities for service under the Imperial forces. A contingent of the Australian Army Medical Corps, these chemists were had received instruction to act as dispensers, sanitation officers, bacteriologists and X-ray experts.

On return from the war Percy was elected president of the Returned Soldiers Association, and was Werribee Shire President from 1921-1922. He was instrumental in the building of the Memorial Hall. Percy was a member of the Church of England and acted as a lay preacher.

In the 1930’s he moved to Birchip to operate the Chemists there, and it was during this time that his wife Esther died in 1938.

Percy died in 1943 in Apollo Bay as a result of drowning. The newspaper report at the time said he suffered from insomnia and was in the habit of getting up and going for a walk when unable to sleep. It is thought that he fell into the sea while walking along the pier in the darkness. He was living with his daughter at the time.