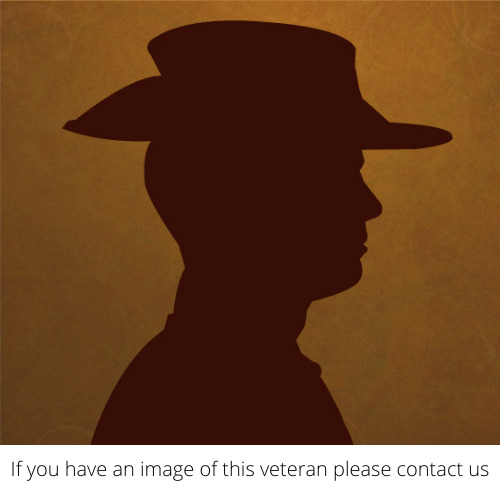 Edward Albert Bren
Edward Bren was born at Werribee in 1895. His parents Henry James Bren and  Margaret Liersch were married at Ballarat in 1888, and he was one of their six children: *

Pre War
"E. Bren" was first mentioned in the local newspaper in 1914, when he played cricket with the Werribee local team, against a visiting city team, called the Silver Stars.
Werribee Shire Banner, 2 April 1914, p.3.

Later in the year he was reported as playing football with the Werribee side, against a representative team of "Light Horse" soldiers.
Werribee Shire Banner, 16 July 1914, p.3.

War Service
There are no name matches for "Bren E." on the First World War Nominal Roll, so it is possible that he attempted to enlist after the outbreak of war, but was rejected for unknown reasons. The usual cause for not being accepted for military service, was on medical grounds.

At this time, he would have been aged 20, and would have required his parents' permission to enlist, if he had been accepted.

In 1928, he was still a member of the Werribee Cycling Club, and he competed in several of their races held at a carnival in Chirnside Park in January of 1928.
Werribee Shire Banner, 5 January 1928, p.4.

In September 1928, the committee of the Diggers’ Road Hall organised an event to pay off the outstanding debt associated with the construction of their venue. Construction had initially been funded with community donations, a grant from the Red Cross, and the State Rivers and Water Supply Commission. There were further fund raising activities in 1924, in conjunction with friendly societies, the Red Cross, the F.U.S.M.W. and the R.S.S.I.L.A. The fund raiser in 1928 was able to clear the outstanding debt, and events included a "Princess" competition, a bazaar, and a tug-o-war competition. "E. Bren" was a member of the Werribee Light Weights tug-o-war team that defeated the Manor Quarries team.
Werribee Shire Banner, 13 September 1928, p.7.

According to an obituary published in the local press, Edward Albert Bren died unexpectedly on 18 December 1947 at Werribee.
Werribee Shire Banner, 8 January 1948, p.2.

Edwards was buried in the Werribee Cemetery.

Notes
There are no name matches for "Bren E." on the First World War Nominal Roll

Name on the Werribee Shire Oak Board: Nil