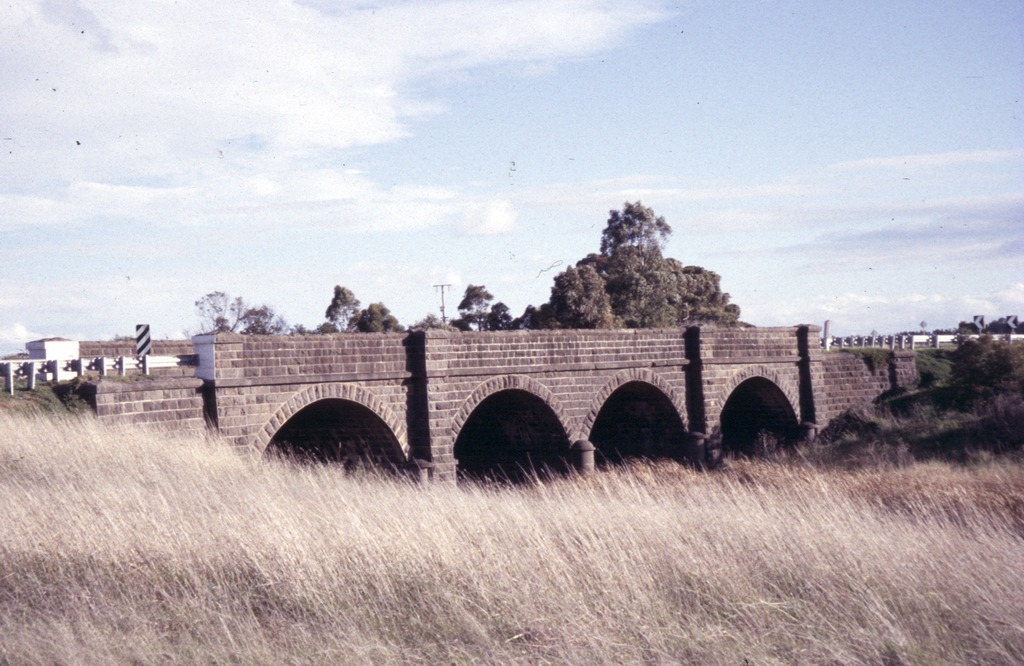 A four span bluestone bridge across Little River that was completed in 1866.

Four span bluestone bridge across Little River described in the Heritage Victoria file as "four span structure with piers separating the central two arches from the end ones. The structure is faced with rusticated bluestone masonry and has substantial abuttments. Features are the coussoirs, imposts, string courses and piers". In terms of its design, the assessment continues: "it is a notable example of bridge construction in bluestone ... a rare example of a bridge with piers dividing the spans ... detailed in a classically derived engineering style used for such structures ... the bluestone masonry work and detailing is notable".

On the Geelong side of the bridge is the remains of the Rothwell Inn. On the Wyndham side, there is a reserve planted out with sugar gums.

An early survey plan of 1855 shows the plan of the township of Rothwell on the west side of Little River. The plan shows the "proposed main line of road" along the alignment now known as Speedway Road and Old Melbourne Road. However, there was considerable community debate around the location of the bridge and the resonsibility for its funding.

The bridge was finally designed by Mr John Baxter - after several other designs were rejected - and constructed by Mr Clement Nash for 800 pounds.

Rothwell Bridge was completed in 1866.