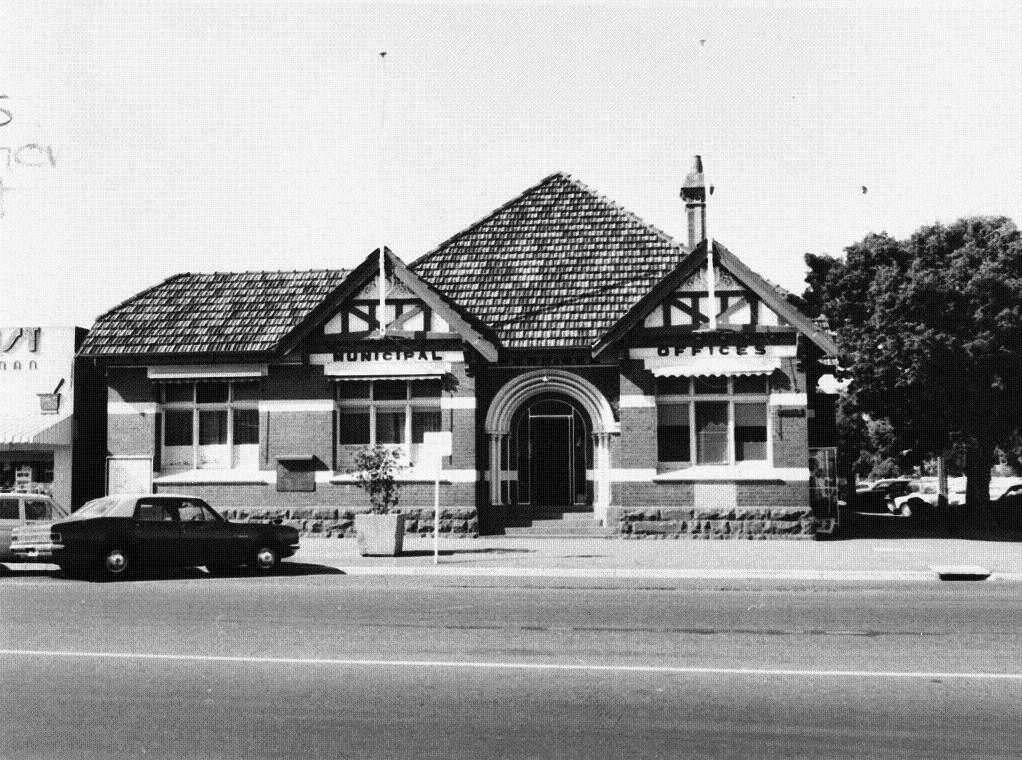 A brick single storey Edwardian building located on a corner site close to the railway station and the new town centre.

The former Shire Hall and offices is a fine Edwardian building located on a key corner site close to the railway station and the new town centre.  It is a single storey brick building, with a central entry between two gabled bays on the Watton Street facade. The entry, with its fine tile work, is a feature. A memorial stone marking the completion of the building on 30 December 1893 records the Councillors, the architect William Pitt and the contractor G. Langford.

Internally the building retains much of its original detailing. It is now used as a museum and for community purposes. There are later extensions to the rear.

This second Werribee Shire Hall was erected in 1893-94, when the original 1860s bluestone Shire offices on the south-west corner of Watton and Greaves Streets, became too small. Both Shire Halls remain.

The site of the new hall was located near the railway station and "what was now becoming the central area of Werribee". On 17 June 1893, the prominent Melbourne architect, William Pitt, called tenders for the erection of Shire Hall and offices at Werribee. Later on 8 July 1893, Melbourne architeft, Hamilton W. Sinclair, accepted tenders "for erection of Shire Hall for Werribee". Presumably Sinclair was the supervising architect. He was employed during the period as Shire Engineer. Pitt was responsible for the designs of a number of notable Melbourne buildings including the Rialto and Olderfleet in Collins Street and the Princess Theatre in Spring Street. He also designed town halls at St Kilda and Brunswick.

Later the same month an article in the district press told how the new hall would be "built of brick with stone foundations, and is supposed to cost between 1400 and 1500 pounds". By January 1894 it was reported that the hall was "near completion".

Another newspaper article quoted in the 1896 Bacchus Marsh Express reported that,"The new Shire Hall is probably the most unique building of its kind in the Colony, the light red corrugated tiles spread over its large surface of low-pitched roof give it a somewhat Alpine appearance, as though built to resist avalanches, but both in external and internal appearance, there is very much more to praise than to find faults. Its foundations are superb, and the whole building gratifies the beholder for its substantiality and dignity of outline and of materials". The article added that the Council chamber was of noble proportions, but its present furniture (only tempor ary) was a sad contrast to the room.  This building was erected for the remarkably small sum of about £1,500.

The building was renovated in the 1920s and continued to be used by the Shire until 1976, when the new Shire ofices were built on the Princes Highway towards Hoppers Crossing. The building was then restored and is now used as the headquarters of the Werribee District Historical Society and for community purposes.

It  is classified by the National Trust.