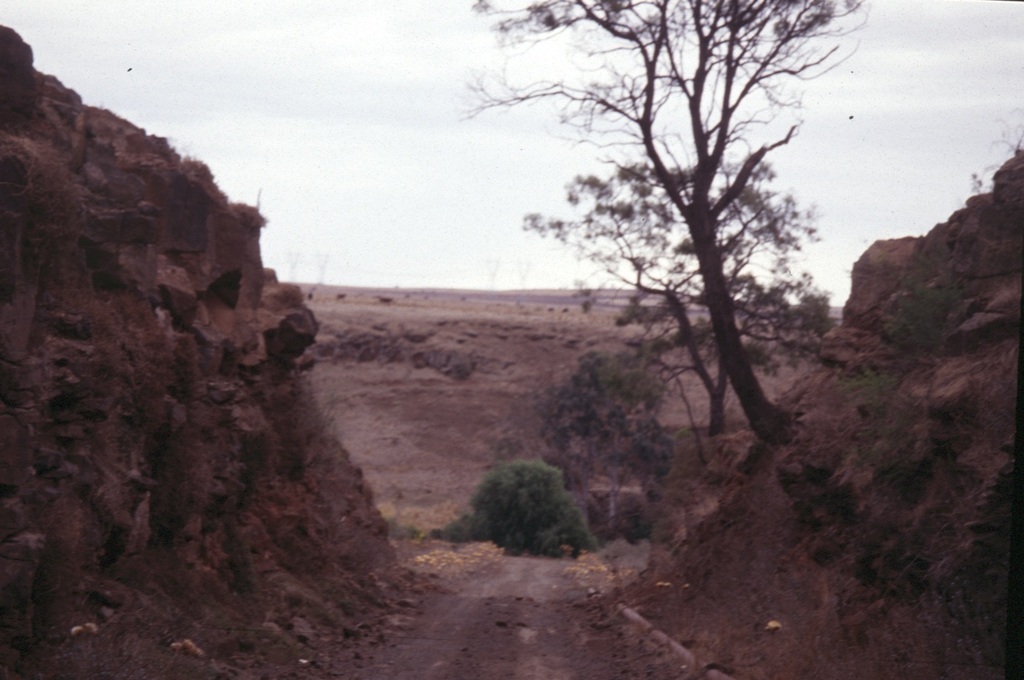 Staughton’s Bridge was a timber bridge with cable tram cable used as a ‘balustrade’. A cutting through the ridge above the river, and through the river terraces to the water remains at the western end of Doherty’s Road. At the bridge site itself, the cutting and possible bridge adjustments are thickly overgrown and it is difficult to identify the remaining features. Four timber posts are visible at the water’s edge. On the opposite side of the river, a track cut into the slope leads west from the bridge.

The construction of bridges across the Werribee River formed an important part in the development of the district’s transport system. Some district bridges were built ‘to replace old fords or more primitive bridges’ after roads were extended and improved in the 1860s with the establishment of local government.

A bridge across the Werribee River near the west end of Dohertys Road is shown on early district maps. It allowed  the route between Geelong and Melbourne, which followed a road over Simon Staughton’s Eynesbury property to continue along Dohertys Road on the east side of the river. Simon Staughton was owner of the bridge site on 528 acres in Crown Allotment B, Section XXV, Parish of Werribee. This was one of a number of large allotments owned by Staughton after the cutting up of his father’s large pastoral estate.

The present Staughton’s Bridge is said to have been opened in 1884. It became a local landmark and is clearly marked on Army Ordnance maps prepared in 1915 and 1933. An auction plan of 1935 for the subdivisional sale of the Eynesbury Estate, indicates the bridge as an important link on the road to Melbourne, and it is still visible on late 1940s aerial photographs. The bridge was damaged by fire in the 1950s; it had already had closed by then.